People often ask me why I am single.

“You need to get yourself out there, you are not getting any younger. You need to find yourself a man, get back on the horse, jump back in the saddle and straddle life a bit more, take life by the reins.”

(TOO many weird equestrian idioms for one sentence? I guess dating is a bit like being a show pony though! ‘Look how pretty I am, how elegant and graceful, look at my cute ribbons and how I can trot sideways without falling over… wait, this has taken a weird turn. Where was I?

Ah yes, and the most popular question is always,

And down goes the jaw to the floor, hands raised to the sky like I am being blessed by the heavens, to cure my terminal illness. People look at you differently all of a sudden and call you irritating things like ‘Brave’ and ‘Strong’, to backtrack on their initial, unabashed dismay.

I also have people quite openly ask me other types of special questions like, “What? Like not even a quickie or, you know, a casual thing just to feed the beast?” Or, “Don’t you miss sex?” Or my absolute favourite comments, “It’s probably grown back!”, “We need to air out the bat cave don’t we.” And “Do you even know how to do it anymore?” All of which are delightful and not at all embarrassing, shaming or indicative of how we still put an inappropriate value on our worth in conjunction with our sexual activity. I am but a comedy spinster in a Jane Austen remake! I hadn’t realised my vagina was of such a concern to you or indeed any of your business, to discuss over coffee and overpriced cupcakes. But apparently, when you are celibate, you are a rare deep sea creature, (you know the ugly, glow in the dark kind), and the door is wide open on your private parts.

Suddenly, phones and laptops are whisked out, and I am seated in front of all of their social media contacts, including Google Plus and LinkedIn, (I mean, really?) They furiously scroll down to ANYONE single, because well… I must be desperate right? All the while ignoring the freshly painted bitch-face I am now wearing.

Everyone becomes an expert matchmaker, and everyone just wants you to be happy. I get it, it is all well intentioned, and it’s sweet of you to care and all…

But here is the thing, – I have been single on purpose! It was a choice, a bold and necessary decision and I don’t regret it one bit!

When I became pregnant, I had this image of myself. A barefooted, organic earth mother, but still fresh and trendy actress, living the hipster parent life in London Town, breastfeeding my baby in rehearsal rooms and still being able to go out with the girls and end up in the Arts Bar or The Groucho club, singing show tunes with Michael Ball every weekend. (This only happened once.)

How naïve and blissfully unaware I was of what was to come.

When I became a single mother, Noah was just a mere 5 months old, and my whole plan was doomed like The Mary Rose, sinking before she had even left the harbour! Not waving, but drowning kinda bad!

After a few months of gasping for air, I slowly learnt to breathe again and dragged myself out of the murky waters of a nervous breakdown and set about making a new life for my son and me on the solid ground. I was so determined to make sure that I stuck to my plan of how I wanted to raise my son. I wasn’t going to change it all suddenly because I didn’t have another adult to share it with.

A massive part of that was deciding to focus on raising Noah, to healing my broken and weary heart and, to finding out what this new life was going to be – basically keeping my shit together, one agonising day at a time. This left no room for men. This left no room for anything else actually. I was holding myself together with school glue just long enough to keep my beautiful mini human alive!

And that I did! I can now confirm that he is still alive and in a mere 4 months, going to be an 8-year-old! None of my plants have survived that long, so I feel pretty fucking pleased with myself, thank you very much!

It has been a long hard road, but one that I wouldn’t change for anything.

The thing is, I was broken. Like really, really, really broken. It took me 3 years to just keep us on dry land. Then I went and got a teaching job, which was just about as much as I could cope with after creating the best fort known to mankind! It was more like a fortress actually, and no one was allowed in without the secret knock!

Around that period, I felt like it was probably time I got back out there. I wasn’t going to go out of my way or anything but was open to the idea of letting someone in, and I was sure it would happen organically and that I was going to meet people, now I was out in daylight a lot more. But, every time I convinced myself and others around me, that I was ready, my drawbridge would come snapping up, and the moat would be flooded. I always found excuses, like, I had no time, or I am too exhausted, or, childcare is tricky, blah blah blah. All of which are absolutely 100% accurate and the leading causes of most single parents not dating. But they were excuses nonetheless. To cover up the fact that I was still, a little bit broken and plainly WASN’T READY!

So here we are. 2017 and I am still not sure if I am ready. I am forever changed by the experiences I have had with men, so although not quite so broken, still scarred indefinitely. But I do know this. I have spent the last 7 years of my life dedicating my very existence to being just a mummy and letting no one else past the gate! Everything I have done over my son’s lifetime has been for him, because of him and what I thought was in his best interest. And that is the way that I wanted it to be. He was and still is my absolute everything, and I owe that kid my life. For reals!

I have recently been having some feelings. I know, scary stuff! I have the overwhelming sensation that the fort is missing something. I never wanted to need someone, I am a stubborn and fiercely independent woman, who doesn’t like asking for help, even when she really needs it, and will watch YouTube for all things considered ‘manly’ jobs. I even learnt how to plumb my own dishwasher and everything, and so was never one to NEED a man about the house. I don’t need your money, I have built 2 businesses from scratch, I have been the mum and the dad for this long, I don’t need saving on a white fucking horse – unless it is a unicorn and I am ALL YOURS handsome!

No. I am just now ready to share my life with someone. I can’t keep myself hostage any longer. I need to start sharing the secret knock. Noah even wants me to find someone now, (probably so I don’t end up with even more cardigans and cats and living in his annexe when I am old – selfish spawn!)

I don’t have an extensive list of requirements or type suggestions to add or have a particular look or anything, I just have this:

About Me: I am a woman, who eats peanut butter from the jar and drinks milk from the carton. I am allergic to housework and am most likely going to poison you with my cooking. You will eat it and smile and tell me how horrific it was on the way to A&E. I fuck up on an almost daily basis and celebrate each small victory with a 30-second dance party. I snort laugh and am often the most inappropriate one in the room. I swear too much and have a weird sense of humour that often leaves awkward silences. Embrace it! I don’t iron unless I am melting the wax off the rug because candles are everywhere, and don’t eat cake so if you want someone who bakes, Mary Berry I isn’t. I work with children every day, so will often come home dressed as a caterpillar or magical creature with too much glitter on my face. I look like a bedraggled banshee in the mornings and own a top notch floordrobe.. I have a son and 2 cats who I love more than you and you have to be ok with that. I put my makeup on in the car and gag when brushing my teeth. I will not talk to you in the mornings, but will annoyingly wake you up in the night to tell you all the amazing 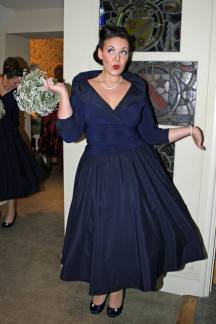 things in my head! I promise to be a holy fucking mess and not apologise for it, because, well, I won’t. We have crazy Fridays and will go on spontaneous road trips, so have a bag packed always. I drive like a maniac and take mugs of tea with me wherever I go. I will sing lines from shows half –way through a conversation, and I will most likely bore you with useless facts. I won’t put up with lies or games and have a very low tolerance for bullshit, you are someone we are letting into our fort, and you must respect the rules of our land. So, come if you dare, intrepid traveller, welcome to our fort, I am opening the doors to a few lucky golden ticket holders.

Challenge #2: I will sign myself up to some dating apps and also take offers from friends who would like to set me up on blind dates. I aim to go on at least 1 date by the end of May. (I will be taking this at my own pace peeps.)

Here goes! Now where are my Spanx?

Welcome to my fort – it has passwords, code breakers and secret handshakes in it!

(P.S. I will reveal the results of last week’s Improv class challenge soon, but that day took an unexpected turn and want to talk about it properly when I have processed it!)