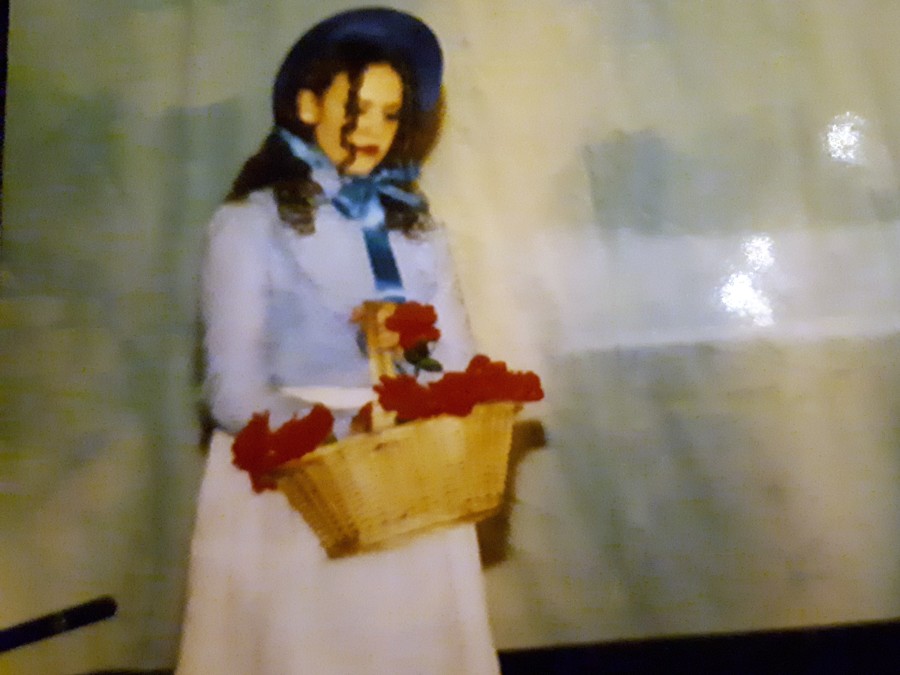 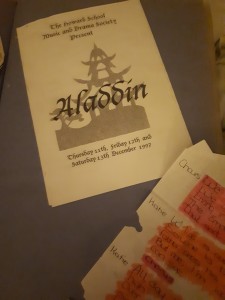 album of my school days and I came over all emotional. I hadn’t realised quite how much I had kept from back then but found every programme, ticket and poster, running orders, scripts and first night cards and letters.

Not gonna lie, had a bit of a cry… but a happy one!

When I was in Year 8, I had gone with my friend Emily, down to the neighbouring boy school for an audition for the annual musical. She had not wanted to walk down by herself, so I was her wingman!

I was excited, not for the event, but the opportunity to see real life boys. They were coveted and rare during school hours, unless you snuck behind the sheds between the fields, or crossed the forbidden line in the PE department, that joined the two. #AllGirlsSchoolGoals.

I rolled up my navy skirt one more time, til the pleats had to be pulled out, so it didn’t show that I was still made to wear god-awful knee lengths, (my mum NEVER let me be cool), whipped out my Coffee Shimmer lipstick, scraped back my curly, frizzy, tangled hair and coated it with enough hairspray to kill a rainforest of spiders and flicked up my shirt collar, like I was Nicky f*cking Kenickie.

I had no intention of auditioning that day, and sat cooly in the auditorium of the main hall, as my friend proudly sang her heart out in front of a panel of Teachers and the other auditionees. I was excited for her and she looked so happy standing there. She looked like she was having so much fun, for what was ultimately a pretty terrifying thing to do.

As she finished and came down the stairs at the front of the stage, I got ready to leave and stood up. Just then, the Director, Mr Ansell, clocked me and asked if I wanted to be in the show too and would I like to have a go at reading some lines and singing a song? Everyone was leaving and I would be the last one so it would not be a big deal or anything…

Everything before that moment is slightly blurred. I never remember wanting to be anything else, other than an actor after that.

I do have a vague flashback of wanting to be Enya once, and creating contemporary interpretative dances to Kate Bush songs, but other than that, I had a one-track mind.

I was the kid who, when the school careers counsellor met with me, ripped up the comprehensive questionnaire and guidance form, with that defiant air of a cocky arsehole teenager, declaring that I didn’t need a backup plan, I was going to Drama School and going to be in the West End and that was the end of it.

I think I had to sign one of those disclosure forms for idiots like I was being discharged against medical advice. She looked at me despairingly… another dreamer that was gonna make her look shit at her job!

The first show was Blitz! And was the first of many. I officially became a Theatre Kid! I slowly drifted away from the ‘Trendy’ clique in my year group and would disappear off, every lunch time to the boy’s school, or the Drama studios to hang out and geek off with my own kind.

I remember the thrill of the first day of rehearsals, sat with our scores around the piano, being yelled at By Miss Clandillon to ‘SING LOUDER’, and yelling at us to shut up periodically. That woman was terrifying and glorious and a force to be reckoned with. Going through Choreography in the School Reception and sticking my Rehearsal Schedule on top of my actual school timetable – PRIORITIES!

I recall painting sets at weekends and going to EVERY rehearsal even if I wasn’t needed. Jim used to call me his shadow and even let me Assistant Direct him once because I always annoyingly had something to say and would boss the other actors around. I even got the lead part once through this tactic. When Jasmine dropped out of Aladdin, I sat there smugly. I knew she wasn’t up for the job, I knew it was only a matter of time. I was like a patient vulture, knowing every line, scene, blocking move and note in her track. I walked on a week later as if the part had been mine the whole time.

Think Rachel Berry in Glee Club type of intense… that was me.

Then there were backstage antics, emotional last nights and crazy cast parties, with speeches, presents and sobbing hugs, like we were never going to see each other again – except for tomorrow when we all saw each other again… And even crazier ‘After Cast Parties’, which, for legal reasons, I am pretty sure I am not allowed to detail.

I had never really fit in anywhere before then. Sure I had friends, but I was always on the outskirts and never grounded or completely at ease. Suddenly I felt like I was home. I have never laughed so much and had such a good time as those heady days of being in the School Musicals. 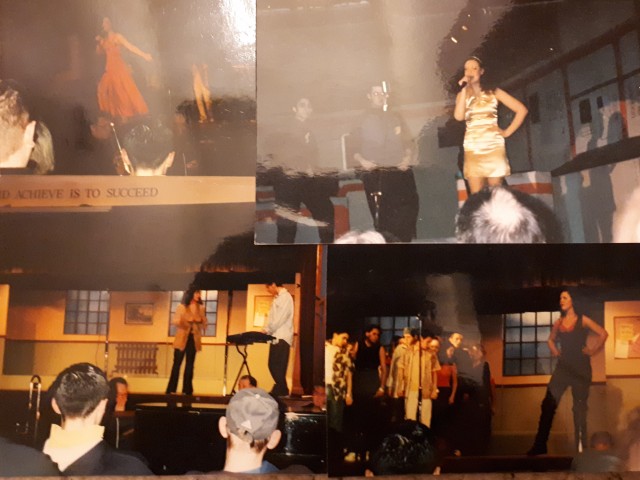 One of the last shows I was in at School was Fame. The opening number, ‘Hard Work’ involved singing the lines ‘I Pray I make P.A’. The Choreographer, an awesome, young science teacher, Mr Betts, had us holding fake letters of acceptance, getting into the Performing Arts School. So when I actually got in that same week, I triumphantly, if not a little bit cheesy and dramatically, took my actual Drama School acceptance letter up onto that stage and punched it into the air with tears in my eyes. The same stage that started it all and I was saying goodbye to it in the best possible way.

Those were some of the best days of my life. It is where I started my emotional education, my life skills classes and made friendships like no other. We were a family and, although now, it is only through Facebook and the occasional sighting in a local pub or at an event, they were my family, my tribe, my people. We grew up together, worked together, dated each other (grossly incestuously in fact), lived in each other’s pockets and created some of the best memories I have.

To my School Theatre Family,

For all the laughter, shared experiences, joy, jokes and love! You taught me who I was and how to be me.

Welcome To My Fort Kids – It has show tunes, memories and love in it!